Starting with the 2017-2018 school year, South Carolina children who aren’t reading on grade level by the time they finish third grade could be retained, which means that they would need to repeat the third grade.  This is part of a policy enacted by South Carolina lawmakers in 2014.  As an article in The State points out, this law could result in more than 3,200 children flunking third grade during the upcoming school year.

Reading is a critical skill.  Without it, academic success is impossible, which makes subsequent financial survival very difficult.  However, to impose retention on a third grader is draconian and likely counter-productive.  Mounting research has shown that retaining a student just once–especially in the lower grades–can dramatically lessen the likelihood that that student will graduate from high school.  Retention also has negative mental health consequences, such as lower self-esteem. 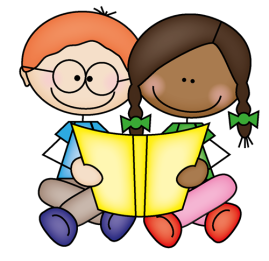 Although the Director of South Carolina’s Education Oversight Committee, Melanie Barton, says that retention is not meant as a punishment, it’s hard to imagine that children will perceive it as anything other than that.  Moreover, using sticks rather than carrots flies in the face of all that we know about how to optimize human motivation.

To her credit, Barton notes that education starts at birth, long before children begin school; therefore, “that’s where we’ve really got to put our emphasis.”  But if that’s the case, then the 2014 law is approaching this issue from the wrong direction.  We should start by pouring resources into early childhood and preschool educational services, not by creating an extremely punitive policy that can potentially cause more harm than good.  Worst of all, the current policy could make some children dislike reading for the rest of their lives.  And who could blame them?  If we told children that they were going to get spanked if they didn’t get a certain number of math problems correct, we’d have a lot of children who grew up hating math.  We have no reason to think reading is any different.

View all posts by busyscholar